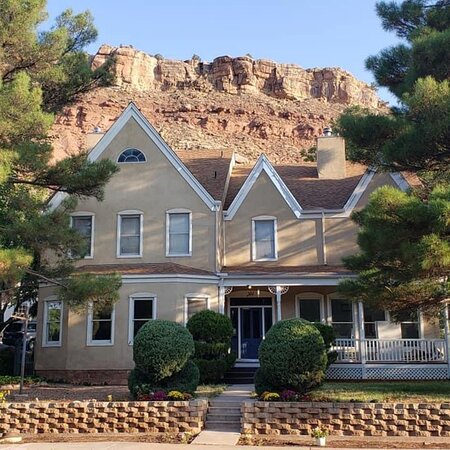 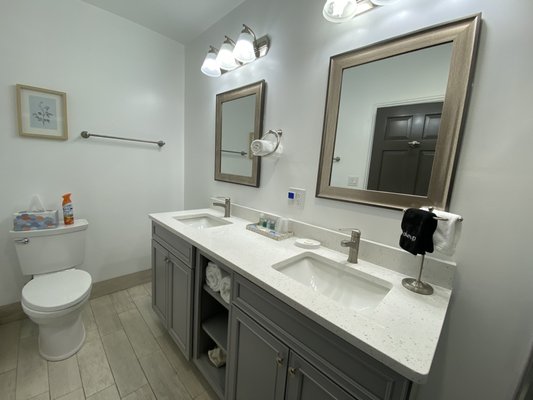 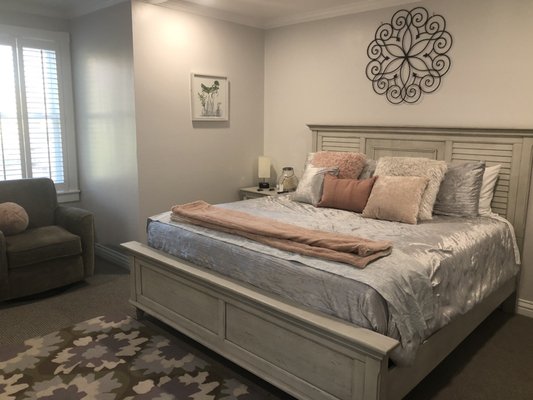 Tyler Inn at Zion is an inn that is located in Rockville, Utah, which is near the border of the Utah and Arizona state line and can be found south of Zion National Park. The entrance to Zion National Park is roughly ten minutes away from Tyler Inn at Zion, making the inn a location that heavily caters to people who are wishing to visit the national park. The surrounding area tends to be better for people who want to spend most of their time outside doing recreational activities like hiking, rafting, horseback riding, and more. Tyler Inn at Zion is currently the only bed and breakfast in the area that serves home-cooked breakfasts made from scratch. The owners ask that guests don't bring children under the age of eight or any animals with them when they stay at Tyler Inn at Zion.

Tyler Inn at Zion is on the eastern side of Rockville, next to a field where horses tend to graze and several orchards of trees that grow a number of things, including pistachios, pecans, pomegranates, persimmons, plums, and peaches. The inn is a two-story building that has four rooms in total from which guests can choose. All of the bedrooms are on the second level, while the first floor is where the kitchen and dining area can be found. Also on the lower floor is a mudroom for guests to keep their shoes if they are dirty, a game parlor with a tv so guests can play card games, board games, and watch movies, and a patio area for guests that want to spend some time outside.

Of the four rooms, three of them have one king-sized bed while the other, which is called Timber Creek, has two queen-sized beds instead. Each room has a ceiling fan, a flat-screen TV that has a Roku hook up for streaming services, and access to free WiFi. They all come with their own private bathrooms, and most of them have a walk-in shower. For guests who rent out a room for at least two nights, they will also receive a complimentary breakfast, which is made by the owners.

Breakfast will usually consist of an entrée, meats, muffins or bread, and a variety of teas and coffees. The main course changes each day so that guests aren't eating the same thing over the course of their stay. Some examples of dishes that have been served in the past include pancakes, french toast, frittatas, crepes, and french toast casserole, which is usually a popular choice. The breakfast meats tend to be bacon, sausages, and the like, and there are also a number of cereals, fruits and melons, and yogurts. Breakfast takes place at anytime between 7:00 and 9:30 AM, though the owners explain that they have done as early as 5:00 and as late as 10:00 and that they are happy to be flexible with the time if their guests need their food a little later or earlier. Should guests have any dietary restrictions or allergies, and if the owners have enough time in advance, they are happy to make dishes that can work around nutritional needs. In the past, they have been able to make meals that are vegan, vegetarian, gluten-free, dairy-free, and nut-free. If guests are in a rush to leave, the owners try to prepare breakfast-to-go for them, as well.

The southern entrance to Zion National Park is about ten minutes away from the inn's location. At Zion National Park, there are an abundant amount of hiking trails, rock climbing, campsites, rivers, and several horseback riding trails. Zion consists of many different mountains, as well, including Church Mesa, South Guardian Angel, Wynopits Mountain, and Mountain of Mystery, to name a few. Visitors to Zion National Park also have the option of spending time in one of the wildernesses, be it on a day hike or overnight. Guests can choose to spend time in Deep Creek North Wilderness, Goose Creek Wilderness, and others.

Zion National Park tends to be one of the more popular locations for guests to visit, but there are also several other places of interest that visitors may find intriguing. East of Tyler Inn at Zion is a ghost town called Grafton that has several buildings and a cemetery from before it was abandoned. Parunuweap Canyon can be found traveling east on E Main Street, which is a more miniature canyon that offers its own hiking trails and has a river that runs through it. Tyler Inn at Zion is also known for being a good stepping stone for travelers on their way to other, more distant places like Lake Powell, Capitol Reef, or Moab.

The owners of Tyler Inn at Zion, whose names are Garth and Heather Tyler, do their best to create an environment that is welcoming to guests and feels homey. The inn tries to focus on giving the best hospitality that they can to the visitors that spend time there. They understand that most people are in the area for places like Zion National Park or Pipe Spring National Monument. If guests would like, the Tylers are willing to put together itineraries and give them tips and point them in the right direction to several different places of interest. Garth also says that they are the only bed and breakfast that serves a home-cooked breakfast in the area, making their breakfasts a highlight to many previous visitors.

Tyler Inn at Zion has received a number of guest reviews since they first opened. A number of the reviews make mention of the location and how close it is to Zion National Park, renovations that have been made, and the owners' hospitality. One prior guest commented, "From the moment we arrived until we left, we were treated like family. Wonderful location, delicious food, and comfortable accommodations make for a great place to forget about life for a while."

There are several policies that guests should be aware of when reserving their stay at Tyler Inn at Zion. One that is worth noting is their no pet policy. They are unable to have pets in their house and ask that visitors do not bring them. The website also mentions that pets are typically not allowed on a majority of the trails in the area. Older children are allowed to come, but they have to be at least eight years old or older. The inn also asks guests not to cook food in their rooms, and, along similar lines, they ask that guests do not smoke in their rooms either, mentioning that they have an outside area explicitly meant for that.

Rockville has been described as "a hikers paradise," as there are a wide variety of hikes of varying difficulty that can be found in the vicinity. Many can be found in Zion National Park, as well as outside of the nearby towns, like Hurricane and Springdale. There are also opportunities for visitors to go horseback riding, river rafting, and rock climbing. Many who visit the area are typically wanting to spend time outside and doing recreational activities, though, for those who are just passing through or seeking a more relaxing time away from home, the owners of Tyler Inn at Zion offer their space for those who want a more relaxing atmosphere and peaceful stay.

The owners of Tyler Inn at Zion, Garth and Heather Tyler, purchased the deed to the property in 2020 and changed its name to Tyler Inn at Zion. The building itself has been around for over 30 years and has been owned by two different people before Garth and Heather took possession of the property. As soon as the Tyler household purchased the building, they decided to "gut the entire thing" and completely renovate the whole house. Everything got updated, but they wanted to retain the rustic nature and farmhouse design that came with the place when they first bought it.

Before they had turned it into Tyler Inn at Zion, the property was previously called Amber Inn and has been a bed and breakfast for a while, just under a different name. Garth and Heather decided to purchase the property because it meant they would be able to stay around the red rocks of southern Utah, and they wanted to put their collective skills together to create a place for others to stay and enjoy the things that they find enjoyable. Garth has over 30 years of experience in the restaurant industry, and his wife, Heather, has more than 25 years of experience with customer service. Once their children had grown up and left on their own, they decided to get back to work. All they needed was the property, so after doing some research, they came across Amber Inn when it was for sale and made the purchase.