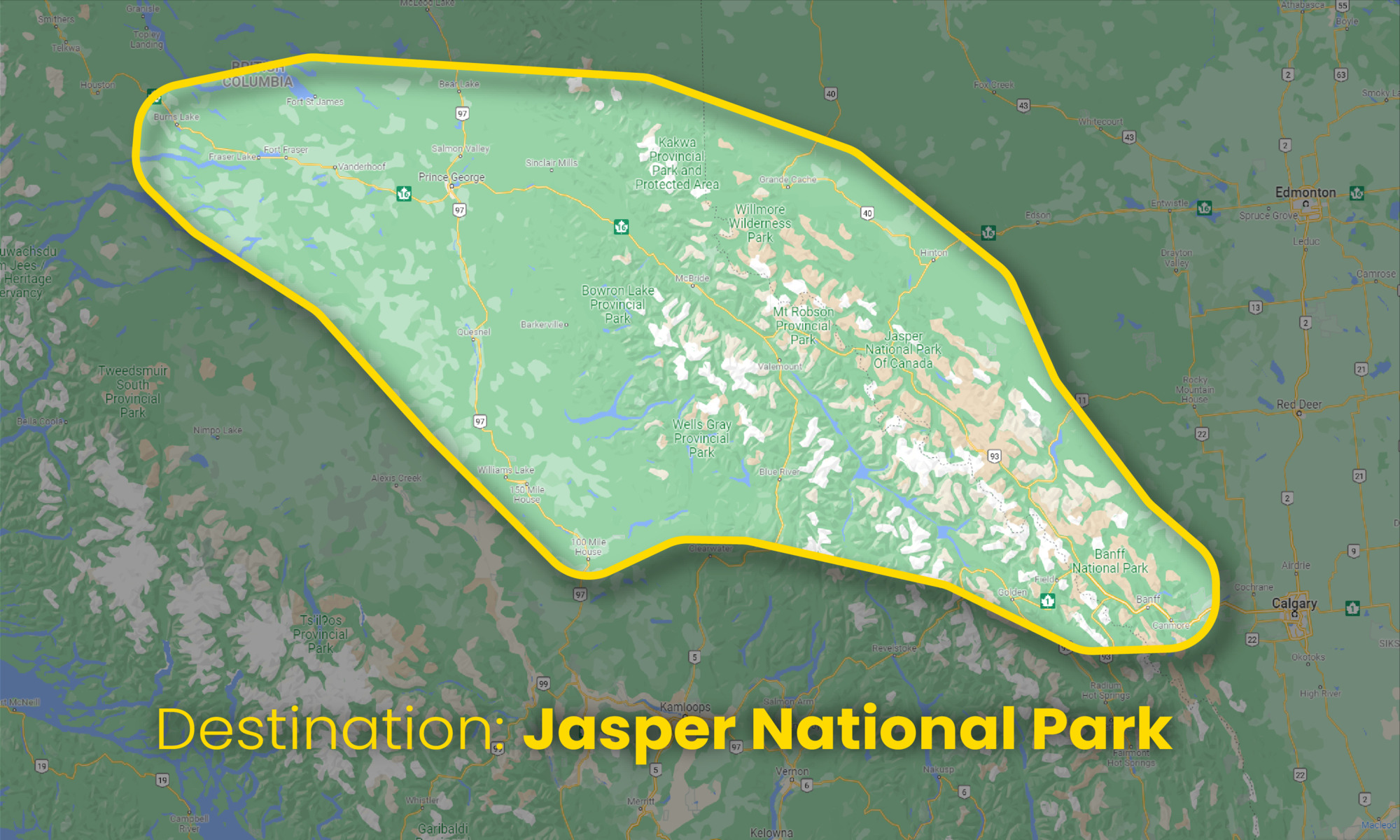 The Jasper National Park Region is located in two of Canada's provinces: British Columbia and Alberta. As the destination's name implies, it contains much of Jasper National Park, which spans across the border of the two provinces. The destination expands as far west as Burns Lake and also includes parts of Banff National Park to the east. The geography of the area is primarily forested mountains and wilderness, though there are a few small towns such as Prince George, Blue River, Vanderhoof, and Jasper. Average temperatures in the territory are below freezing from November to February of each year. The warmest weather occurs from July to August, where average highs reach nearly 20 degrees Celsius.[3] Some of the local attractions of the region include the Glacier Skywalk, the Jasper SkyTram, the Maligne Lake Boat Tour, and the golf course at Fairmont Jasper Park Lodge.[4]

What Jasper National Park is known for

Though there are no sprawling metropolis-like cities in the Jasper National Park Region, the nature found within its borders draws in many visitors annually. Most of the destination is covered in thick forests or mountain ranges. As such, most of the local attractions involve viewing natural landscapes or experiencing the outdoors. One such attraction is the Glacier Skywalk in Jasper National Park, which is a walkway with a glass floor that hangs over the edge of a 280-meter cliff. If this attraction appears to be "extreme," it should be noted that most visitors to the area are "adventurers and explorers."[4] According to data retrieved in 2014, Jasper National Park receives just over two million visitors per year.[1]

The outdoor activities that are possible in the Jasper National Park Region include things such as biking, rock climbing, fishing, camping, snowshoeing, dogsledding, skiing, snowboarding, and hiking. For an activity that is more laid-back, visitors can take a trip on the Jasper SkyTram, which takes seven minutes to reach the top of Whistlers Mountain. There, the history and geology of the territory are described in detail as people look upon the Canadian Rockies. Further hiking can allow tourists to reach the summit of the mountain.[4] The Jasper National Park is noted for being the largest park in the Rocky Mountains, as well as the world's second-largest Dark Sky Preserve, dedicated to maintaining areas with low light pollution. Due to the unobstructed views of the night sky, many scientists and astronauts have visited the destination to study the stars.[2]

There is a wide selection of glaciers to see within the national park, stemming primarily from the Columbia Icefield. The most popular time of year to visit Jasper is during July and August, due to the relatively warmer weather and lower frequency of rainy days. That being said, the variety of activities that are possible in the Jasper National Park Region make it viable to visit in any season. Winter activities such as skiing or snowshoeing are the easiest to experience in January or February.[3] The largest city within the destination is Prince George in British Columbia, with a population of over 80,000. Colleges in the town include the University of Northern British Columbia and the College of New Caledonia.

Akin to many other destinations in Canada, the Jasper National Park Region is frigid and full of natural landscapes and features. Rivers, lakes, forests, hilly landscapes, and mountain ranges are all common features within the landscape. Most of the area would be considered wilderness or is otherwise uninhabited land. Some of the most significant and most prevalent geographical features nearby include Willmore Wilderness Park, Mt. Robson Provincial Park, Wells Gray Provincial Park, Moose Lake, Banff National Park, the Fraser River, Mt. Phillips, and Whistlers Mountain. There is virtually no part of the Jasper National Park Region that would be considered flat. The territory's borders start in Banff National Park to the southeast and span to the west until reaching the small town of Burns Lake. Though the destination is quite large, there are not many large cities, with the most prominent metropolitan area being Prince George in British Columbia.

Given the area's large size, it is difficult to produce a temperature range that sufficiently covers the entire scope of the Jasper National Park Region. Temperatures in Jasper depend heavily on the season of the year. In the summer, the average daily temperature ranges from 0 to 20 degrees Celsius, which lasts from May until August. Winter brings sub-freezing temperatures, with the daily high temperature falling below freezing from November until February. Prince George has slightly warmer temperatures overall when compared to Jasper, though temperatures below the freezing point are still frequent occurrences. Precipitation is high throughout the Jasper National Park Region, with Jasper itself receiving roughly 57.4 centimeters of rainfall annually.[3]

The colder climate of the area means that mammals are the most common type of animal to be spotted, namely bear, moose, sheep, elk, and deer. There are also many birds that inhabit the destination, including bald eagles, spruce grouses, evening grosbeaks, and golden eagles.[1] Within Jasper National Park itself, wildlife of some kind is spotted on 95% of the tours.[2]

Home to many towns and settlements, the Jasper National Park Region is large enough to contain hundreds of histories regarding the locations that it encompasses. Aboriginal people inhabited a place called Athabasca River Valley. They hunted in grassy areas that rested beneath the mountain peaks. Jasper specifically started off as a railway town, essentially serving as a trading post in the middle of what would otherwise be considered complete wilderness. The center was initially established by the Hudson's Bay Company and the North West Company, which were two prominent fur trading businesses of the time. One of the post's managers was a man by the name of Jasper Haws, who was the eventual namesake of both the town and the national park. It wasn't until 1907 that the government officially designated a section of the land as Jasper Forest Park, protecting it from harm. As the railway continued to develop, it brought more adventure-seeking tourists to the mountainous region.[5] In 1930 the forest was improved to national park status, changing its name to Jasper National Park. 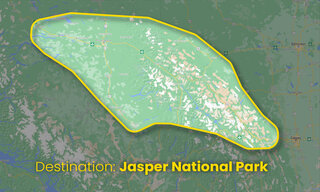