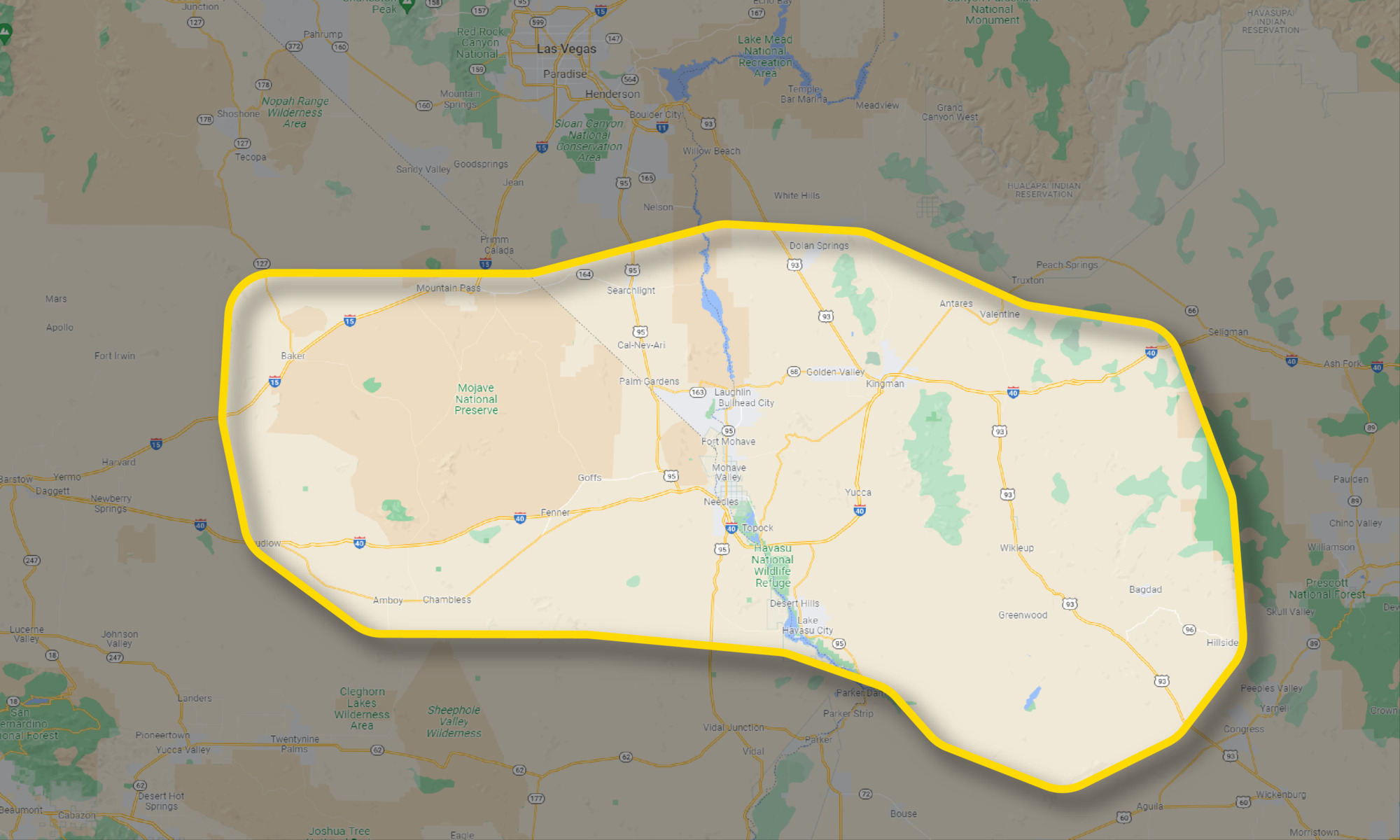 The Mojave National Preserve Region is located in a part of California, Arizona, and Nevada. The overall shape of the region is rectangular. The border wraps around various cities and around the Mojave National Preserve. The territory is a desert, but there are a few lakes, rivers, and forest areas. The region is best known for the Mojave National Preserve, along with the cities within it, such as Lake Havasu City, Searchlight, Kingman, Mohave Valley, Baker, and Fort Mohave. The weather in the region varies extensively, with high temperatures in the summer and relatively cold temperatures in the winter. It hardly ever rains in the region, and it never snows. The average high of the zone is around 87 degrees Fahrenheit while the average low is about 48 degrees.[3] Things to do within the region include hiking, off-roading, and camping.[1] Other activities include the Aquatic Center Indoor Waterpark, London Bridge, Havasu 95 Speedway, going to beaches, parks, and lighthouses, and the Lake Havasu Museum of History.[4]

What Mojave National Preserve is known for

The Mojave National Preserve Region is known for the Mojave National Preserve, which is a desert area that various individuals have crossed and explored. The territory is also known for the various cities within it, the largest being Lake Havasu City. Other cities within the zone include Searchlight, Fort Mohave, Mohave Valley, Needles, Kingman, and Baker. In 2015, a total of 589,156 people visited the Mojave National Preserve and spent around $33,720,400 in communities near the park. Most of the money was spent on lodging (31.1 percent), with food and beverages being at 20.2 percent, gas and oil using up 11.8 percent, and admissions and fees was 10.2 percent. The remaining 9.8 percent was spent on souvenirs and other expenses.[7]

The time of year the Mojave National Preserve gets the most visitors is in May and December.[3] There are multiple attractions that are available to potential visitors that are staying at the Mojave National Preserve. Some of these activities include camping, hiking, Mojave Road, off-roading, and finding wild plants and animals. The preserve has multiple camping sites where people can set up tents and sleep overnight. Also included in the vicinity are hiking trails that people can go on. The trail's difficulty levels and length vary. Also available to guests is off-roading on trails. Within the park are many wild plants and animals that people can see.[1]

In Lake Havasu City, there is an assortment of things for guests to do. Some things for guests to participate in include the London Bridge, going to beaches and parks, the Aquatic Center Indoor Waterpark, Havasu 95 Speedway, the Lake Havasu Museum of History, and seeing lighthouses. Close to the city is London Bridge, a well-known structure. Guests can learn about the bridge's history during their stay. Lake Havasu City is home to many parks and beaches where guests can go. People often visit the parks with their families and friends and participate in activities such as swimming, playing games, fishing, and running. The Aquatic Center Indoor Waterpark has areas for children to play in with various water features. It also has pools and various decorations such as sharks, ships, and trees.

Havasu 95 Speedway is an oval track located in SARA Park. Races take place on the track from September through May. The Lake Havasu Museum of History is home to exhibits on mining, fishing, animals, and steamboats, along with an assortment of other things. One other thing people can do while staying in Lake Havasu City is to see the various lighthouses in the area. Near the city are multiple lighthouses that people can tour.[4]

The Mojave National Preserve Region is mostly made up of desert terrain. The sector has a few forests in addition to a river. Because of the desert areas, the landscape is mostly flat with the occasional sand dune or hill. The territory has a rectangular shape. It includes parts of California, Arizona, and Nevada. The north end of the border stretches up above Searchlight and New Kingman-Butler. The rest of the border wraps around Bagdad, Lake Havasu City, and Baker.

Notable geographic features in the region are the Mojave National Preserve, Lake Havasu, Lake Mohave, and the Colorado River. The wildlife in the Mojave National Preserve Region includes animals such as coyotes, foxes, desert bighorn sheep, greater roadrunner, cougars, bats, and peregrine falcons.[5] There are also black-tailed jackrabbits that inhabit the desert areas of the vicinity.[1] Plants that grow in the area can be hard to find in the more desert areas of the region. Some of these plants include coral vines, shrub roses, common figs, lantanas, and Indian rosewood. There are also multiple kinds of trees throughout the forests in the zone.[6]

The area that is currently known as the Mojave National Preserve Region was inhabited by the Chemehuevi before European settlers came to the land. The Chemehuevi lived on prickly pear, mesquite, and roasted agave blooms. They hunted deer and bighorn sheep. The people lived in the Kingston, New York, and Providence Mountains, which are located west of Soda Dry Lake. The Providence Mountains are also located south of the Whipple Mountains. Another tribe called the Mojave tribe lived along the Colorado River. The Mojave trail became their main trading route. [2]

In 1776 explorer Father Francis Garces traveled across the Mojave Desert. While crossing the desert, he encountered some of the Mojave people. Other explorers, such as Jedediah Smith and John Fremont, would travel across the desert. Jedediah Smith crossed the desert in 1826, while John Fremont crossed in 1844. Mail carriers who traveled across the Mojave Road often had to worry about tribal attacks. Government outposts were established to keep the mail wagons safe during the 1860s. Soon after, gold was found in California. Thousands of people moved there to try to find gold that they could sell for large amounts of money. Mines were established in Mojave, consisting of copper, iron, silver, and gold mines. Ranchers became established in Mojave during this time period as well. [2]

Over the years, many people have traveled through the Mojave Desert and surrounding areas. Mary Beale hiked the Providence Mountains in the 1930s and identified multiple plants and flowers. Jack and Ida Mitchell built a road, stairs, and trails and led tours of the limestone caverns. Years later, Dr. Curtis Springer established a mineral springs resort. The resort was called Zzyzx. Springer broadcast his radio show from Zzyzx and did so for years. Now, Zzyzx acts as California State University's Desert Studies Center within the Mojave National Preserve Region.[2] 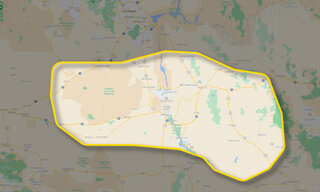