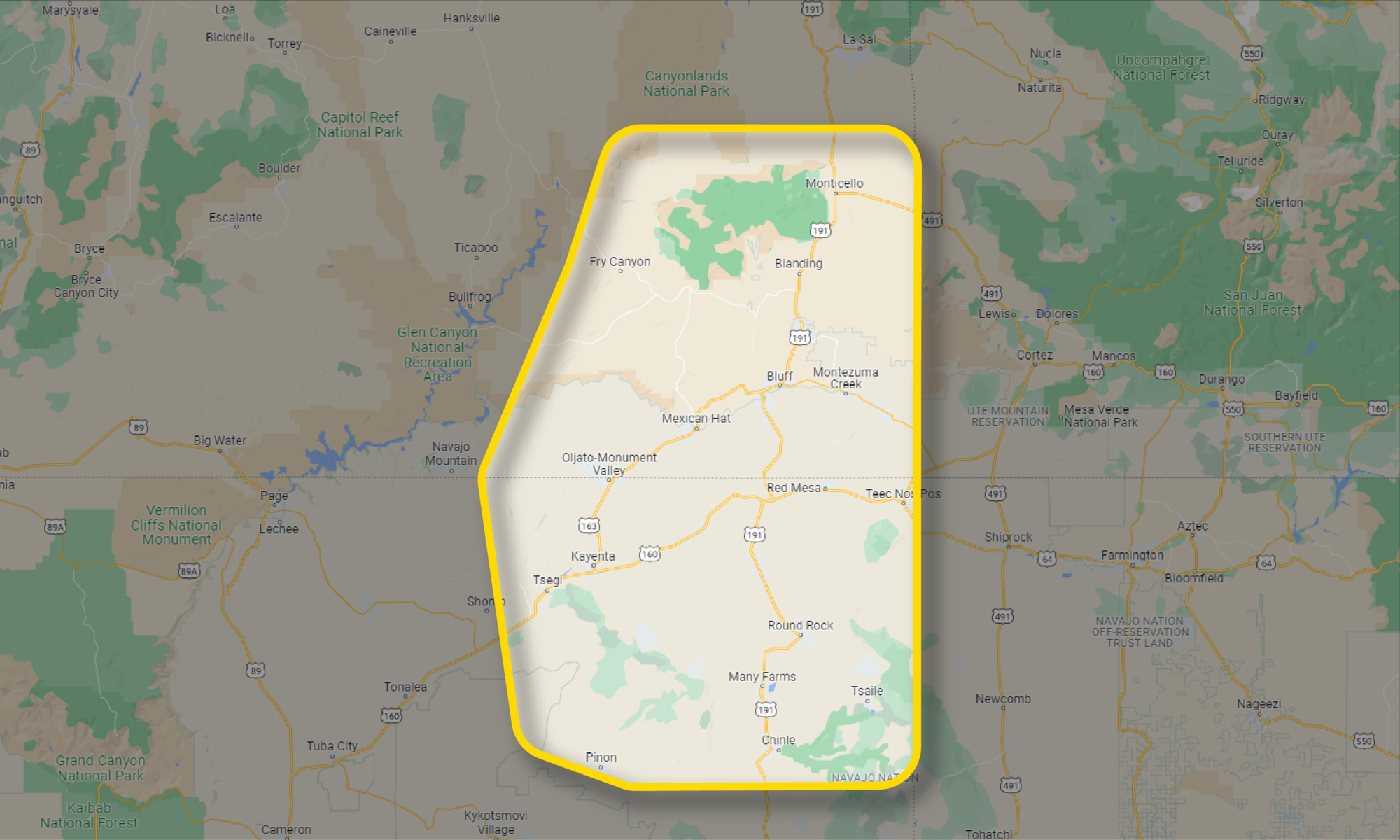 Situated on the border between Utah and Arizona, the Oljato-Monument Valley Destination occupies an expanse of land. The entire eastern boundaries of the destination are made up of Colorado’s southwestern border, along with the northwestern border of New Mexico. Shay Mountain, Horse Mountain, Twin Peaks East, and West Mountain create a mountain range that occupies the majority of the northern region of the destination. Desertlands which contain a number of relatively smaller cities can be found throughout the southern and western areas of the destination. Characterized by distinguishable red rock formations, several tourist attractions such as the Natural Bridges National Monument or Monument Valley Navajo Tribal Park contain a fair amount of things to do including tours, hiking, photography, and landscape viewing. Many of the rock formations that still stand today were formed over the course of approximately 50 million years.[4] It is recommended that people visit during the fall or spring due to the fact that temperatures range between 60 and 80 degrees Fahrenheit during that time.[3]

What Oljato-Monument Valley is known for

Nature viewing and walking trails make up the majority of attractions in Oljato-Monument Valley. One particular opportunity that draws a relatively fair amount of tourists is the Monument Valley Navajo Tribal Park. A loop trail that extends to about 17 miles in length is open to the public for touring the surroundings. The landscape is made up of sandstone structures that reach heights of 400 to 1,000 feet. Nearly 91,696 acres of land cover the Monument Valley Navajo Tribal Park area. It is important to note that the use of motorcycles is prohibited, due to the deep sand dunes and relatively rough terrain.[4] Several guided tours are offered to visitors including the Sunset Tour, Sunrise Tour, Backcountry Tour, and the Extended Backcountry Tour. The Sunset Tour is one of the more popular of the four and typically lasts for about three hours. During the venture, a certified Navajo guide takes visitors through various places of Monument Valley, some of which are normally off-limits to tourists. Similar to the Sunset Tour, the Extended Backcountry Tour provides a Navajo guide that leads participants throughout the established terrain. Big Hogan and John Ford’s Point are a couple of sites that people may be taken to on the Extended Backcountry Tour. These tours teach about Navajo culture, legends, and tradition.[5]

Natural Bridges National Monument, located in the northern region of the Oljato-Monument Valley Destination, are naturally formed bridges that visitors can explore. The three bridges that are located in the national monument were named in honor of the ancestral Puebloans, who had previously inhabited the land. Included in this category are the Kachina, Owachomo, and the Sipapu people. In the year 1908, the land was confirmed a national monument, becoming Utah’s first national monument. Overlooks of each of the three bridges, plus a few hiking trails, are a couple of ways visitors can view the formations. During the summer, temperatures tend to exceed 100 degrees Fahrenheit. It is recommended that tourists visit the area in the spring or fall when daytime highs rest between 60 to 80 degrees Fahrenheit.[6]

A diverse assortment of vegetation grows in the Monument Valley, such as juniper trees, yucca, Navajo teas, and Russian thistles, to name a few. Navajos use some of the plants for medicinal purposes or dyes for their hand-woven rugs.[7] The region is also home to purple sage. Very few trees can be found growing in the area, due to the lack of precipitation. Cliffrose, rabbitbrush, and snakewood are some flora that can grow in the area, provided that there’s a sufficient amount of water for them. Compared to other nearby parks in Colorado, the sparsity of habitats in Monument Valley is a cause for the absence of wildlife in the area.[8]

Monument Valley is part of the Colorado Plateau. The valley floor is elevated to about 5,000 to 6,000 feet above sea level. Siltstone, deposited by the rivers in the area, is what shaped the valley, turning it into what it is today. The distinguishable red color of the valley’s rock formations comes from iron oxide in the siltstone that has been exposed. Contrastingly, manganese oxide affects the darker blue-gray rock formations in the valley.[1]

The first group of individuals to establish themselves in Monument Valley, which is apart of the Oljato-Monument Valley Destination, was the Navajo Tribe. After some time, the Goulding family came to the area and started to operate a trading post in the valley. Up until the 1960s, supplies and groceries were being sold to the locals. Soon after, Harry Goulding, the father, discovered the film industry in Hollywood, which at the time was in the process of producing a new western film. This caused Harry and his family to move to Hollywood, and he was able to get a meeting with the film’s location manager. His influence on the manager had ultimately led the movie, Stagecoach, to take place in Monument Valley after Harry had shown him pictures of the area. Other films, commercials, music videos, and similar productions have additionally been filmed there since then. A historic attraction in Monument Valley that typically draws a number of tourists is the Goulding Trading Post and Museum, created in honor of the Goulding family. Several artifacts and photographs tell about the Goulding family’s heritage and contributions to the area.[2]

The rock structures in Monument Valley Navajo Tribal Park contain historical significance. The formations of such structures are said to date back to before the existence of human life, according to the Monument Valley Navajo Tribal Park website. In the early stages of the park’s existence, the area was a lowland basin. Materials were being eroded from the Rock Mountains deposited layers of sediment, creating a gradual incline. This occurrence took place over the course of an approximated time of 50 million years. This, in turn, created a plateau from the previously formed lowland basin. Rock structures that can be found in the park were created through this repeated pattern of wearing down layers through natural forces of wind and water. In current times, the park is now a tourist attraction containing a visitor’s center with a restaurant, Navajo Vendors, and landmarks such as Ear of the Wind.[4] 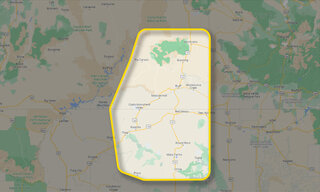