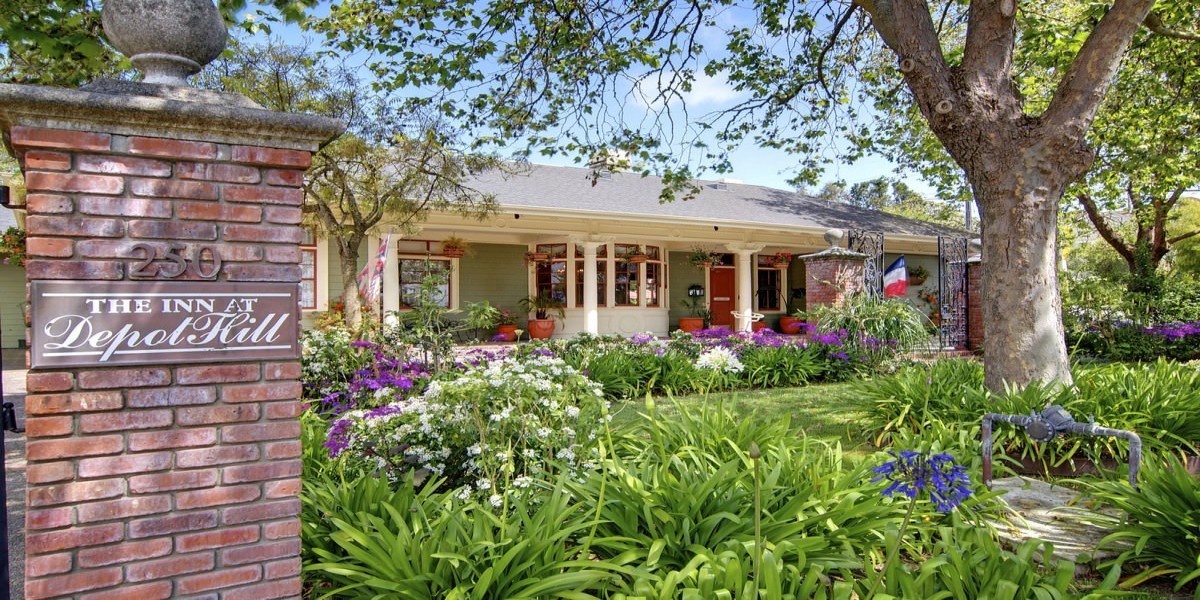 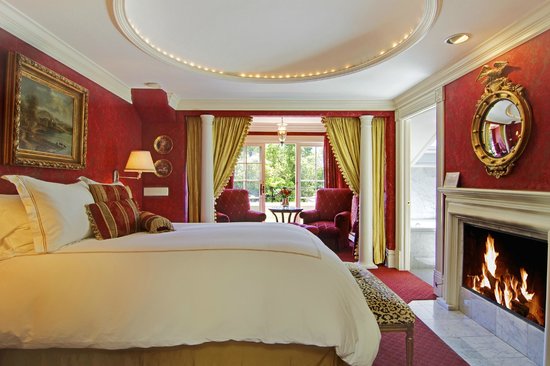 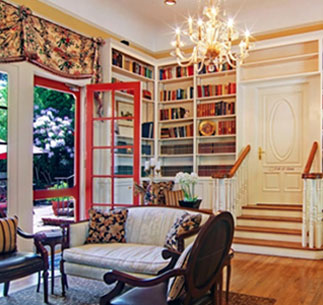 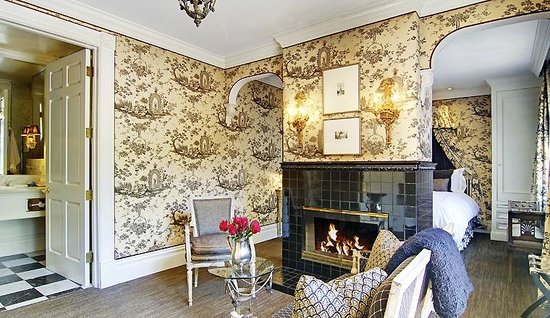 The Inn at Depot Hill is located in Capitola, California, near the coast. The edifice was once a train station in the 1900s but was renovated into a bed and breakfast in the 1800s. All of the 12 rooms available for reservations are decorated and themed after famous travel destinations in countries such as Italy, France, and Japan. Each room has unique amenities such as large tubs, jacuzzis, and private patios. Breakfast is served every day in the patron's rooms from 8:00 AM to 10:00 AM. The meal alternates between something sweet and savory each day, examples of breakfast items served include Belgian waffles, tomato basil scrambled eggs, and eggs benedict. The property is willing to accommodate guests' dietary restrictions if they are notified upon checking in. Popular activities in the area include visiting the beach, The Boardwalk, and exploring the Mediterranean-styled bungalows in the surrounding neighborhoods.

The Inn at Depot Hill is situated in Capitola, California. There is a front and a back building on the property, both of which are two stories. There are nine rooms in the main building located in the front of the property, with four being upstairs and five downstairs. The other building has a total of three units, with two being located on the top floor and one on the bottom floor. All of the units are themed after famous travel destinations because the property was originally a train station in the 1800s. Such destinations include Paris, Kyoto, and Italy. Each room is different and has unique amenities such as private patios, a jacuzzi, or large soaking tubs, but they all include relatively basic amenities. The inn also provides board games and cards to visitors. The facility is locked, and guests are provided the keys to the gates and the buildings during their stay.

Depot Hill's manager describes the buildings as being made in a "renaissance style." Features that the property has that aid to the renaissance look include 12-inch baseboards and vaulted ceilings. The manager says that patrons are often "taken back" by the style of the two buildings when they first enter the edifices. Common areas in the inn include the lobby, which has a six-person round table and a fireplace. If desired, there is also a smaller lounge area for visitors to utilize in the main building.

Breakfast is served every day between 8:00 AM and 10:00 AM in the guest's perspective rooms or in the lobby, with a different meal being provided each day. Dishes often served to guests include Belgian waffles, tomato basil scramble, croissants, and eggs benedicts. The establishment alternates between something sweet and savory each day. The property asks patrons if they have any food restrictions when they first check in to see if any accommodations need to be made when making breakfast. Additionally, they will also schedule when their breakfast will be served with the staff when visitors check-in.


Inn at Depot Hill is located at the top of a hill in Capitola Village, which is a beach area. The property has its own parking area, which sets it apart from the other business in the village. There is a relatively large garden area in the front of the property, with a courtyard separating the two buildings. In the courtyard, there is a water fountain in the middle. To the side of the property, there are the original train tracks that the train station used, no longer being active.

The Inn at Depot Hill has set the goal that visitors to the property will feel like they are out of the city and in a new world. The manager says that something that helps with this goal is the look and design of the property. Another way he says this is done is through the ambiance of the premises and the buildings. The properties website states that the inn is a place to "awaken your senses in an atmosphere of luxury."

Inn at Depot Hill is an adult-only property, with no children allowed on the premises. One guest left a recent comment saying the inn is "An amazing adults-only anniversary destination." Other important policies to note are that pets and smoking are not permitted. Quiet time in the buildings starts at 8:00 PM. The manager says that there are a lot of interactions with visitors from check-ins, breakfast, giving recommendations in the areas, etc.

Popular activities in the surrounding areas include visiting the beach and an amusement park called The Boardwalk. As for places to eat, the manager recommends that visitors eat at Shadow Brook. When guests make reservations and tell them that they are staying at the Inn at Depot Hill, they will send a 1950s checkered dodge cab to pick them up for dinner. The staff also tries to give other recommendations for specific restaurants upon request. Past patrons of the inn have remarked on the friendliness of the staff. One specific guest mentions, "The manager is very helpful when booking the accommodations and made great recommendations for food and activities in the area. We loved the giant soaking tub in our room and how the beach was easy walking distance from the hotel as well."

According to the manager, the unique features of the inn include the ambiance and how the inn was once a train station. He also says the establishment's success is accredited to creating a hands-on environment. The staff strives to know the patrons' needs and provide for them. The inn is open year-round, with May through August having a higher amount of guests than some other seasons. Those who visit the property vary in a wide demographic, with the most common type being couples over the age of 40. The manager reports that the majority of guests who visit the property generally will book a return visit.

The Inn at Depot Hill was originally a train station in the 1800s and was later converted into a home in 1850. When the building stopped being a train station, it was rotated 90 degrees, presumably to aid in the aesthetics of the building. In 1991 the bed and breakfast was constructed and designed by Susie Lankes, who was the original owner of the inn. The business went through one other owner before it was purchased by the current owner in 2018, who has been operating the inn every since. The current owner grew up in the motel industry and decided he wanted to switch to the bed and breakfast industry when the property became available.

Interactions with guests is one of the manager's favorite parts of the job. He says that changes to the property have been small; just small things to keep it up to date. The business hopes to one day expand the property.