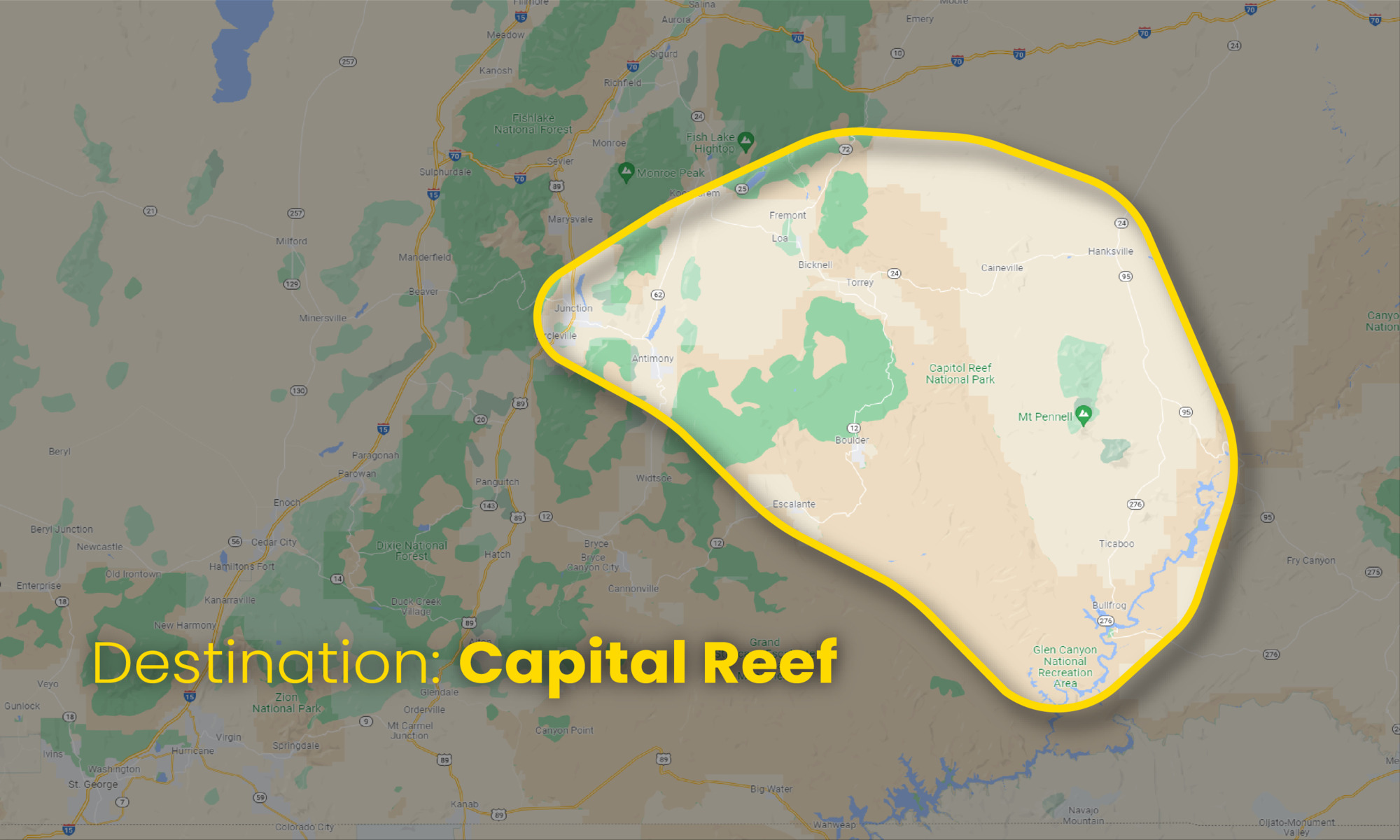 The Capitol Reef Region is located within the southern parts of Utah. The Capitol Reef National Park is one of the biggest draws to the region. Other natural landmarks in the area include Mt. Pennell and Glen Canyon National Recreation Area. Some of the cities within the region include Boulder, Torrey, Hanksville, and Bullfrog. The area is known for the red rocks and various natural landmarks and views to see. June through September are the warmest months of the year, ranging from around 80 to 90 degrees. The summer months are when the region gets the most rainfall. December through February are the coldest months of the year in the region, and the temperature stays around 40 degrees.[1]

What Capitol Reef is known for

The Capitol Reef Region is named after the national park that is in the region. The Capitol Reef National Park has various cliffs, canyons, and bridges to explore. The park offers ranger programs for guests that want to learn about the details of the national park. There are multiple campgrounds where visitors can get the full experience that the park has to offer. At the Fruita Campground, 71 sites offer picnic tables, firepits, above-ground grills, and restrooms. There are two primitive campgrounds located within the park, the Cathedral Valley Campground and the Cedar Mesa Campground. Backpacking is one of the activities that is frequently enjoyed at Capitol Reef National Park. A few of the backpacking routes include Pleasant Creek, Spring Canyon, and Lower Muley Twist Canyon. Horseback riding is one of the activities that visitors participate in while visiting. Viewing the park from a horse, burro, or mule adds to the national park's unique experience. Guests can find books, postcards, and other souvenirs while visiting the bookstore. The Gifford House Store and Museum sells handmade pioneer-era items, freshly baked fruit pies, and homemade ice cream.[2]

The Glen Canyon National Recreation Area is a part of the region and includes the area around Lake Powell and Cataract Canyon. Visitors can experience a plethora of water activities, as well as backcountry activities.[3] The region is most known for the many opportunities for hiking, camping, and viewing the offered sights. Scenic drives are another popular activity to do while visiting. Capitol Reef National Park has around 700,000 visitors every year. The most popular time to visit the park usually lasts from April to September. Flash floods are also common through the canyons during the summer months, making October and November some of the best months to visit the national park.[4] The demographic of tourists include those who are particularly interested in outdoor activities and exploring nature.

The Capitol Reef Region is located in southern Utah. Capitol Reef National Park is the center of the region and one of the region's biggest draws. Mt. Pennell and Glen Canyon National Recreation Area are two of the natural landmarks within the area. Glen Canyon National Recreation Area is located around both Lake Powell and Cataract Canyon. Cities within the region include Fremont, Bicknell, Hanksville, Boulder, and Escalante. The region gets around 11 inches of rain and 37 inches of snow each year. The hottest month of the year is July, reaching the high 80s. This region is one of the warmest winters compared to the rest of Utah. The coldest that the area usually gets is around 20 degrees from December to February.[5]

The region is named after the national park located within the region, the Capitol Reef National Park. Fremont-culture Native Americans first inhabited the area. Mostly corn and squash were produced at the time until there was a drought, causing the Fremont to leave the area and were replaced by Paiutes. Mormon settlers came in the 1880s, but the area eventually wasn't the best place for families to prosper with an abundance of food. In the 1930s, Ephraim Portman Pectol fought to preserve the area.

Capitol Reef National Monument was established on August 2, 1937, and was signed by President Franklin D. Roosevelt. The national monument was later made a national park instead of a monument.[8] There are various small towns and cities located within the region, one of those cities being Torrey. Torrey is a few minutes away from Capitol Reef National Park. Torrey has a population of 171 people with a racial makeup of 99.42% being white, .58% being two or more races, and 2.34% of the population being Hispanic or Latino.[9]

The Slot Canyon Inn Bed and Breakfast is located five miles from Escalante, Utah. The inn resides on 160 acres of land and backs up the Grand Staircase Escalante National Monument. There are eleven spaces available for rent, all with private bathrooms, entrances, and jacuzzi bathtubs. Some rooms have small kitchenettes and can sleep up to six individuals. Complimentary breakfast is served daily, and an on-site restaurant serves lunch and dinner. A few yards from the inn is a cliff covered in Native American petroglyphs and pioneer graffiti. The property is open year-round with a soft close during the winter months.

The Wild West Retreat is located in Escalante, Utah. The retreat has two guest accommodations. Their accommodations include a restored historic barn and a renovated farmhouse. Each lodging option has a full kitchen, living spaces, covered porches, and outdoor seating. The two-acre property has a large fruit tree orchard and vegetable garden that guests are welcome to pick from. Many weddings, corporate retreats, and adventure groups stay at the Wild West Retreat and use the adjoining Cowboy Cookouts catering business to make their meals during their stay. The retreat is located just minutes away from the Grand Staircase Escalante National Monument, Bryce Canyon National Park, and Capitol Reef National Park. Wild West Retreat is open year-round.

The Snuggle Inn is located in Loa, Utah, twenty minutes outside of Capital Reef. Capital Reef is a National Park that is open all year and is 60-miles long. Loa is listed as "one of the best-kept secrets in Southern Utah," attracting hikers, fishers, and others. 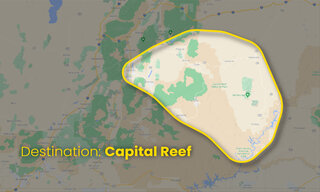