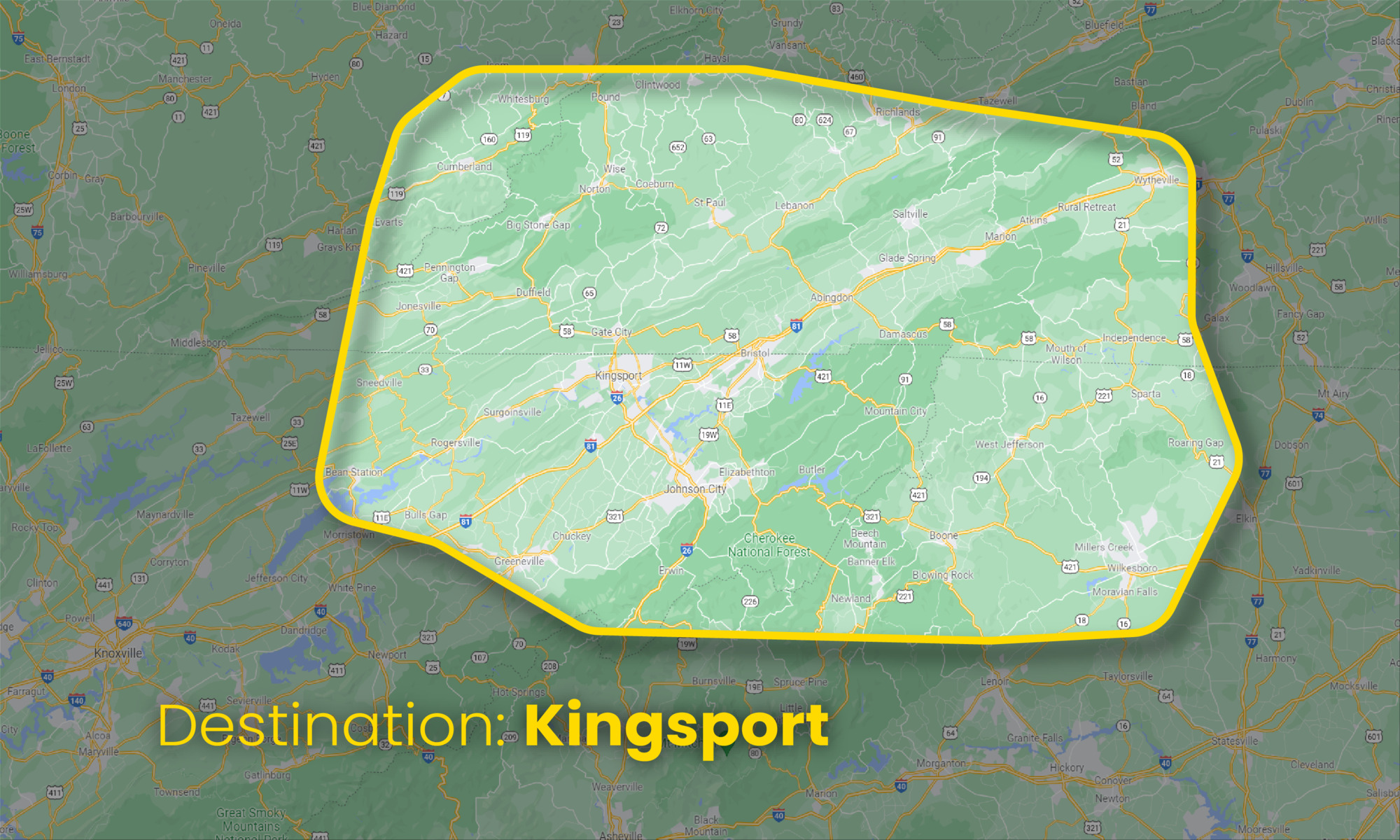 The Kingsport Region is located on the border of Tennessee and reaches into Virginia and North Carolina. The city of Kingsport is the center of this territory and is the basis for the destination's name. Kingsport has a rich history dating back to the Cherokee Indians who first inhabited the area.[6] The entire region is also known as the "Mountain Empire," this includes the large mountains bordering Tennesee and Virginia. The Long Island of the Holston River is a United State National Historic Landmark and a popular tourist attraction in Kingsport.[1] Nearby guests can visit Bristol, Virginia, for a small-town feel with many historic homes and farms. Johnson City is a larger city just south of Kingsport in Tennesse. This city has many historical attractions along with an aquarium and parks.[2] The area has long summers and receives around fifty-four inches of rain every year.[3]

What Kingsport is known for

Kingsport is the largest city in both Sullivan and Hawkins Count.[2] It is the most populous of the "Tri-Cities," including the cities of Kingsport, Bristol, and Johnson City. The area is most commonly known for its many historical attractions. The Appalachian Caverns and the Bristol Caverns are both located within the destination. Here visitors can take guided tours through the gem mines and stone caverns. Bays Mountain is another outdoor attraction frequented by visitors and locals. This mountain has over twenty-five miles of hiking and biking trails. There are multiple pioneer museums, a planetarium, and fishing areas within Kingston and Johnson City.[1]

The Long Island of Holston Park and Pigeon Forge in Kingsport support and represent the vast history of the area, including the Cherokee, early pioneers, and pre revolutionary war settlers.[6] This is one of the destination's top attractions. At Long Island Park, visitors can visit local shops, upscale restaurants and spend time on amusement rides. The most visited park in Tennessee is located within the Kingsport Region. The park is named Warriors Path State Park, where visitors can walk the grounds, spend time in the grassy commons, and observe the ornate stone statues throughout the park. Around four million people visit the Kingsport Region annually. The weather is most agreeable during the summer months, and most guests visit from late spring to early fall. Most attractions in the area are outdoor activities, and the warm weather during the summer months makes attending these activities more comfortable.[3]

Those who visit the Kingsport Region are most commonly from Tennessee, Virginia, and North Carolina.[1] These visitors come through the area to visit the city's historical landmarks and the Bays Mountain. Winged Deer Park is located just outside Kingsport's borders and covers over two hundred acres of land with five softball fields and an eighteen-hole disc golf course open at all times to the public. There are five national parks, fifteen state parks, and six lakes within a two-hour drive from the Kingsport Region.[2]

The Holston Army Ammunition Plant Headquarters are based out of Sullivan County. The plant manufactures and sells a wide variety of arms and weapons to private and government organizations. The Eastman Chemical Company Headquarters are also a large business located in the Kingsport Region. The company produces chemicals, fibers, and plastic, which are used by other prominent businesses throughout the world. Coal mining and farming are also some of the region's top producers.[5] One of the only seven Antebellum Courthouses resides in Kingsport. As the second oldest city in Tennessee, there are many historic homes, long-standing statues, and buildings in the surrounding less-urbanized areas.

The city of Kingsport is not only the namesake of the region but also the center of the area. The surrounding land is mostly forest and hills. The Kingsport Region's borders spread around one hundred miles in every direction. This takes the boundaries into North Carolina and Virginia. Bays Mountain is located within the area and is covered in a vast forest with rolling hills and a large amount of green, prairie-like land. All of the national and state parks in the area are well-groomed, and all of the land is original to the origin of the area.[1]

The region experiences long, warm, humid summers. The summer months last from May to September. The average temperature during these months is seventy-eight degrees. The winter in the Kingsport Region is short, and lasts from December through to February. The average temperature during the winter months is around fifty-four degrees. It is during these three winter months that the region and all of Tennessee gets half of its rain. The area receives about fifty-four degrees (inches?) of rain annually, and the sky is most often littered with clouds. Snow is not common due to the fact that the low temperatures within the region barely reach thirty degrees.[3]

The Kingsport Region has a wide variety of plant and animal life. There are over two hundred species of trees, including locust, poplar, maple oak, elm, beech, pine, spruce, walnut, hickory, and sycamore. The wetlands in the area support the livelihood of many species of birds, loons, ducks, and geese. The mountain and prairie landscapes within the region support foxes, bobcats, black bears, shrews, mice, herons, mussels, salamanders, raccoons, and turtles.[4] More than half of the region is forested, with the Cherokee National Forest not far from its borders. There are also many lakes, including Boone Lake and South Holston Lake, in the area. At the lakes, visitors can enjoy fishing and water sports.[2]

The city of Kingsport is the second oldest city in Tennesse, established in 1799.[1] The Cherokee Indians lived in the mountainous areas for years before the first settlers came to the area. Pioneers passed through the area on their way west, but left the land to the Indians.[6] White settlers in the mid-1700s then discovered the area. After the Revolutionary War, the land along the South Fork River was first settled. Troops from the Confederate army stayed in the area and slowly spread across the region, which soon became a common landing ground between Virginia, North Carolina, and Tennessee. South Fork was the first area to be settled by Major general George Stoneman, then Kingsport was settled and began to be developed into the city it is today.[2]

A world-famous elephant from the Asian Circus resided in Kingsport in the early 1900s and was a big draw to tourists and new residents. However, the elephant was publically executed in 1916 after killing a hotel worker. A monument for the worker and the elephant remain on the circus grounds to this day.[6] The area is now home to around two hundred thousand locals and is the headquarters for many big businesses and production sites.[5]

White Fence Farm is a business owned by Denise and Fulton Lovin. It consists of two distinct properties; one of them is near downtown Boone, North Carolina, which has two separate vacation homes. These are called the White Fence Farm and The Appalachian House. The other one is in Trade, Tennessee, a more rural area, and its respective property is named The Farmhouse. The main differences between The Farmhouse and the other two houses are the Farmhouse's location and the fact that it can function as a wedding venue in addition to being a vacation rental. It includes a barn and 105 acres of land consisting of walking trails, a pond, and wooded or open country. 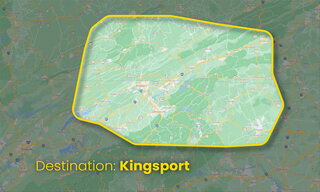