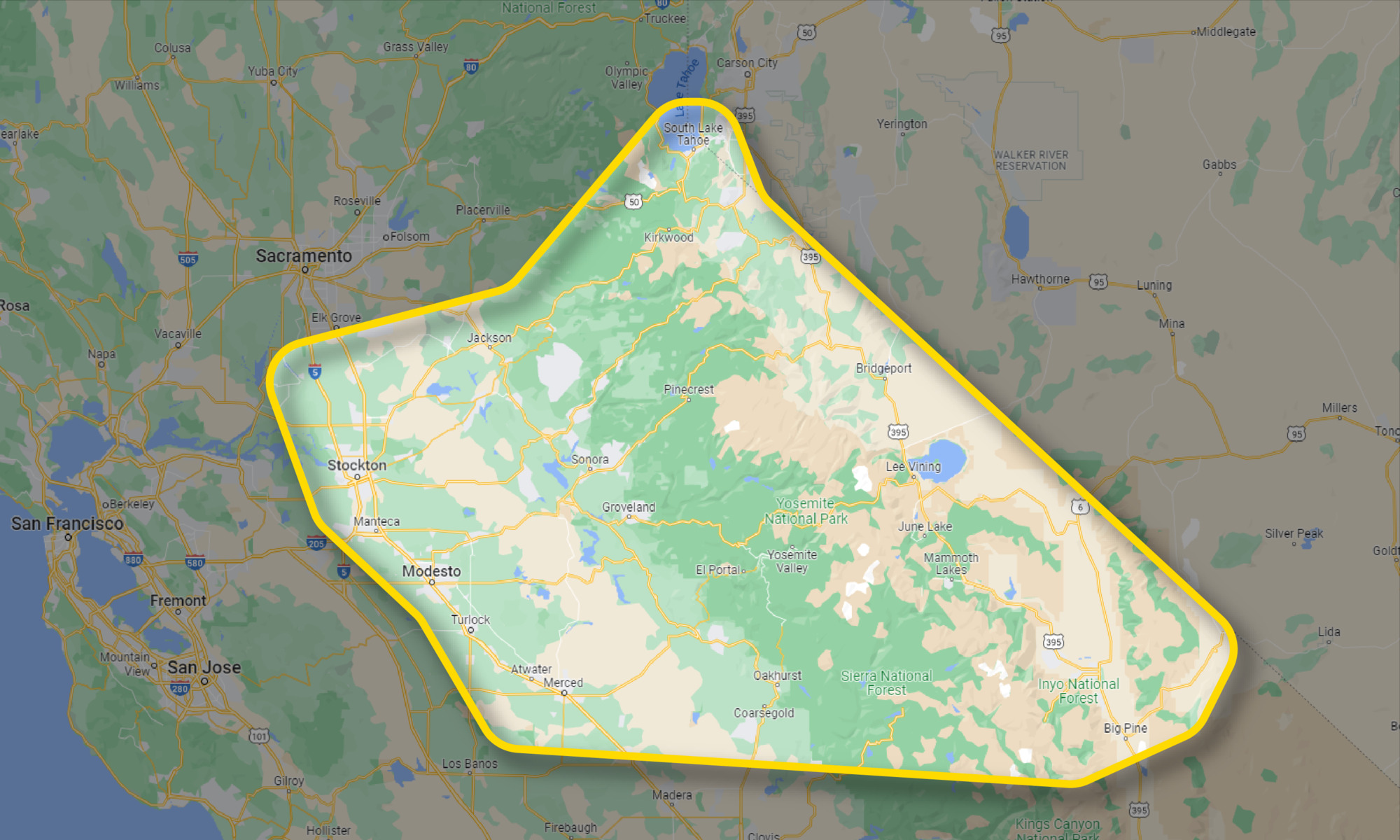 The Mammoth Lakes Destination is situated along the eastern borders of California with various land features defining much of the area including the Sierra Nevada Mountain Range, Yosemite National Park, Mammoth Lakes, and Mono Lake. A warm Mediterranean climate affects Mammoth Lakes, with a reported average high of 76 degrees Fahrenheit in the summer, with 44 degrees being the average high in the winter. Generally speaking, the most ideal time for tourism is considered to be during the summer from June to August.[4] Outdoor recreation is one particularly popular attraction that a number of visitors engage in, as Mammoth Mountain contains a golf course, hiking trails, and Mammoth Lakes Basin where visitors can go fishing or biking.[1] Additionally, Modesto includes several restaurants and shops that visitors can explore, as well as annual events that the city holds. “Car culture” is one of Modesto’s notable attractions and is celebrated during the summer with car shows, a parade, games, and other similar activities.[5] Another city in the Mammoth Lakes Destination is Stockton, which contains the world’s largest winery, owned by Earnest and Julio Gallo.[8]

What Mammoth Lakes is known for

The area in which the destination is named after, Mammoth Lakes, contains opportunities for visitors to engage in outdoor recreational activities during both the winter and summer seasons. Biking is one such activity for tourists, as the Mammoth Bike Park features over 80 miles of singletrack, with areas for both beginners and experts. Trails vary in length and skill level ranging from intermediate level trails to relatively steeper paths for more experienced individuals. Additionally found in Mammoth Mountain is Via Ferrata, a guided climbing excursion along the cliffs of the mountain. Visitors can have the option to go on a guided tour using steel cables, suspended bridges, and iron rungs to explore the land features. A total of six routes, which range in difficulty, are available for climbers to choose from based on their personal skill level. Three routes are labeled easy, two labeled moderate, and the remaining route is labeled difficult. Another place to visit in Mammoth Mountain is the Mammoth Lakes Basin by Horseshoe Lake and Lake Mary, where hiking, biking, and fishing are all available options for tourists.[1]

Yosemite National Park is one particularly notable area within the Mammoth Lakes Destination, as the park typically draws in a fair amount of tourists annually. Approximately 1,200 square miles of mountain ranges with cliffs, valleys, waterfalls, and wilderness areas make up the Yosemite National Park. Elevations of the mountain rise to a max of 13,000 feet and a minimum of 2,000 feet. The park is open twenty-four seven, and an entrance fee is required for tourists to visit the park.[3]

Modesto, California is one of the prominent cities in the Mammoth Lakes Destination, containing various events, festivals, and local shops, all of which contribute to the city’s culture. One such event that is hosted in Modesto is Graffiti Summer. The event is held during the month of June, and celebrates the history of the film American Graffiti, by George Lucas, a Modesto native. A car show is featured at the event, as well as a parade, games, and food. Furthermore, live entertainment can be found throughout the city of Modesto, more specifically on 10th street, the Gallo Center, and State Theater. Outdoor recreation is also available in the city as the Modesto Marathon is held annually during the spring, in addition to the several lakes that can allow visitors to sail or jet-ski.[5]

The Sierra Nevada Mountain range occupies land in the heart of the Mammoth Lakes Destination and is one of the major mountain ranges of Western North America. The Sierra Nevadas run along the eastern border of California, with a length extending over 250 miles from the Mojave Desert to the Cascade Range of northern California and Oregon. Nearly 80 miles make up the width of the mountain range at Lake Tahoe, a portion of which can be found in the northern region of the Mammoth Lakes Destination. Giant Sequoias, a plant species that is one of the largest trees in the world, inhabit the Sierra Nevada lands. Mount Whitney, the highest peak in the conterminous United States, has an altitude of 14,494 feet above sea level, though, the peaks of the mountains typically range from 11,000 to 14,000 feet above sea level. The altitudes are generally lower in the areas north of Lake Tahoe, with altitudes of 7,000 to 9,000 feet.[7]

The first settler of the Mammoth Lakes Destination, specifically in Mammoth Lakes, the namesake of the destination, was the Mono people. These settlers inhabited the land after traveling by foot when they were to trade with other tribes in the area. In the year 1877, four prospectors staked a claim on Mineral Hill, which is located along the Old Mammoth Road. This, in turn, caused a gold rush as the Mammoth Mining Company was prepared to mine Mineral Hill. The population of the area reached 1,500 people by the end of 1878; however, the population declined to less than ten people after the company shut down in 1880. During the 1900s, the economy was being aided mainly by logging and tourism, as well as in the early 2000s when the Mammoth Ski Museum opened, containing artifacts, posters, and photographs that encompass the historical background of the local area.[2]

Modesto derives its name from a man known as William C. Ralston, a successful financier who was considered by many to be a modest man. Ralston initially denied having his name be a part of the city, thus the city decided on the Spanish word for modest. In 1870, the Central Pacific Railroad constructed railroads in the area, allowing for the future development of the city, and causing it to become a shipping and supply hub for the cities that encompassed Modesto. Additionally, agriculture had become one of the supports for the economy. Wine, nuts, peaches, dairy products, processed foods, and poultry are just a few of the products that were being shipped. In today’s time, Modesto is home to the largest winery in the world, which is located just outside the Mammoth Lakes Destination borders. Earnest and Julio Gallo are the owners of the winery.[8]

Similar to Modesto, the city of Stockton also experienced the gold rush when gold was discovered on the American River near Sacramento. A German immigrant known as Captain Charles M. Weber was in search of a profitable opportunity, and he resorted to gold mining in late 1848. He then discovered that it is more profitable to serve the needs of those who are seeking gold, rather than being a gold seeker. After purchasing approximately 49,000 acres of land through a Spanish land grant, Captain Weber founded Stockton in 1849. The first permanent residence was built in the San Joaquin Valley on what is known as Weber Point. The name for the city, Stockton, was given in honor of Commodore Robert F. Stockton.[9]

The Restful Nest Bed and Breakfast is located in Mariposa, California. The building sits on 10.7 acres of land that has a pool that can be utilized by patrons as well as three rooms that are available year-round for guests to stay in. Inside the bed and breakfast are some common areas where those staying at the property can gather, namely the dining area that is connected to the living room. Breakfast is served each morning in the dining area and generally features homemade sausage, baked brioche, and waffles. The owners enjoy getting to know the people that come to the property, saying that it is their favorite part of owning the business. 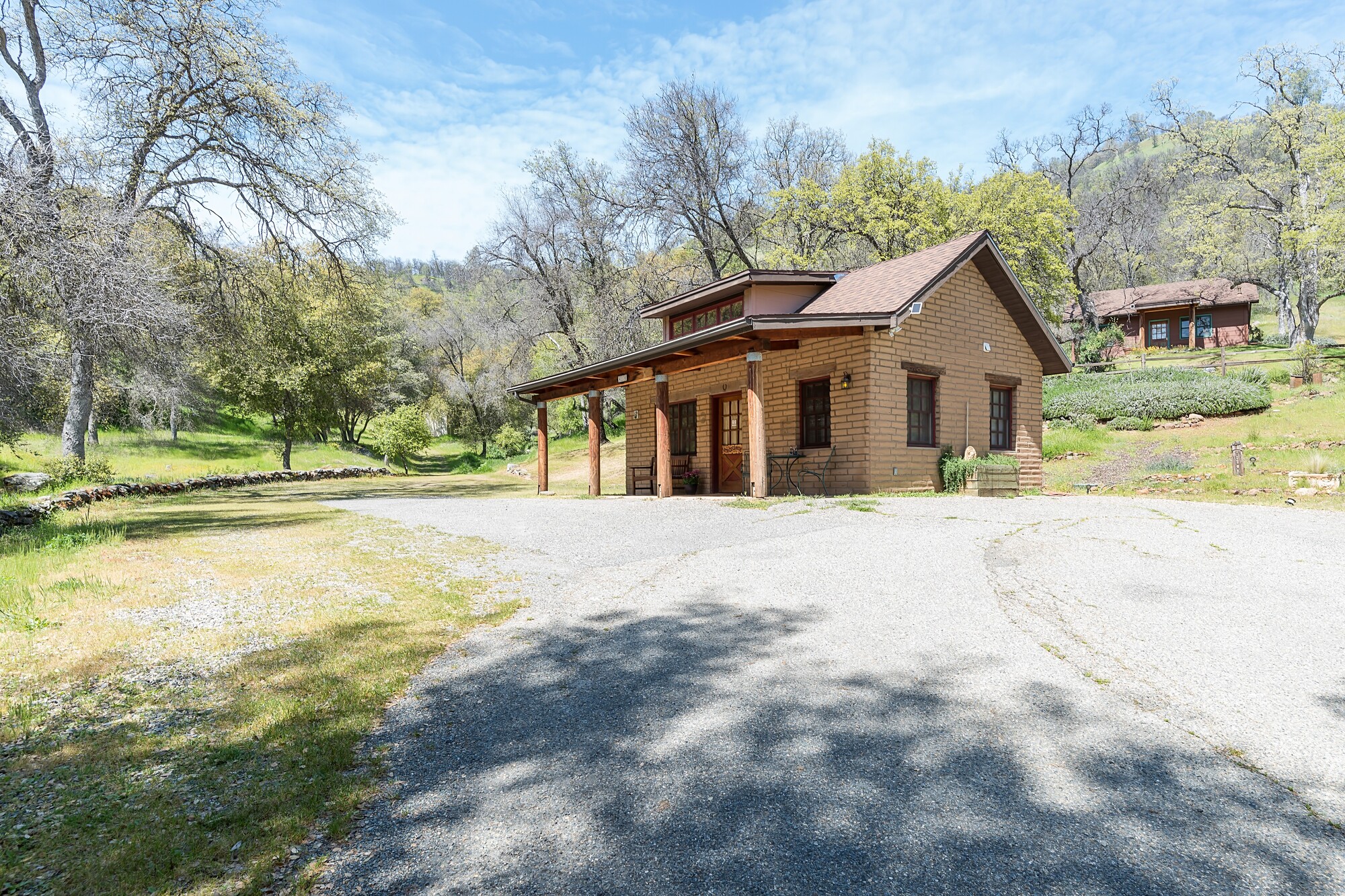 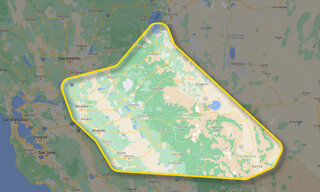