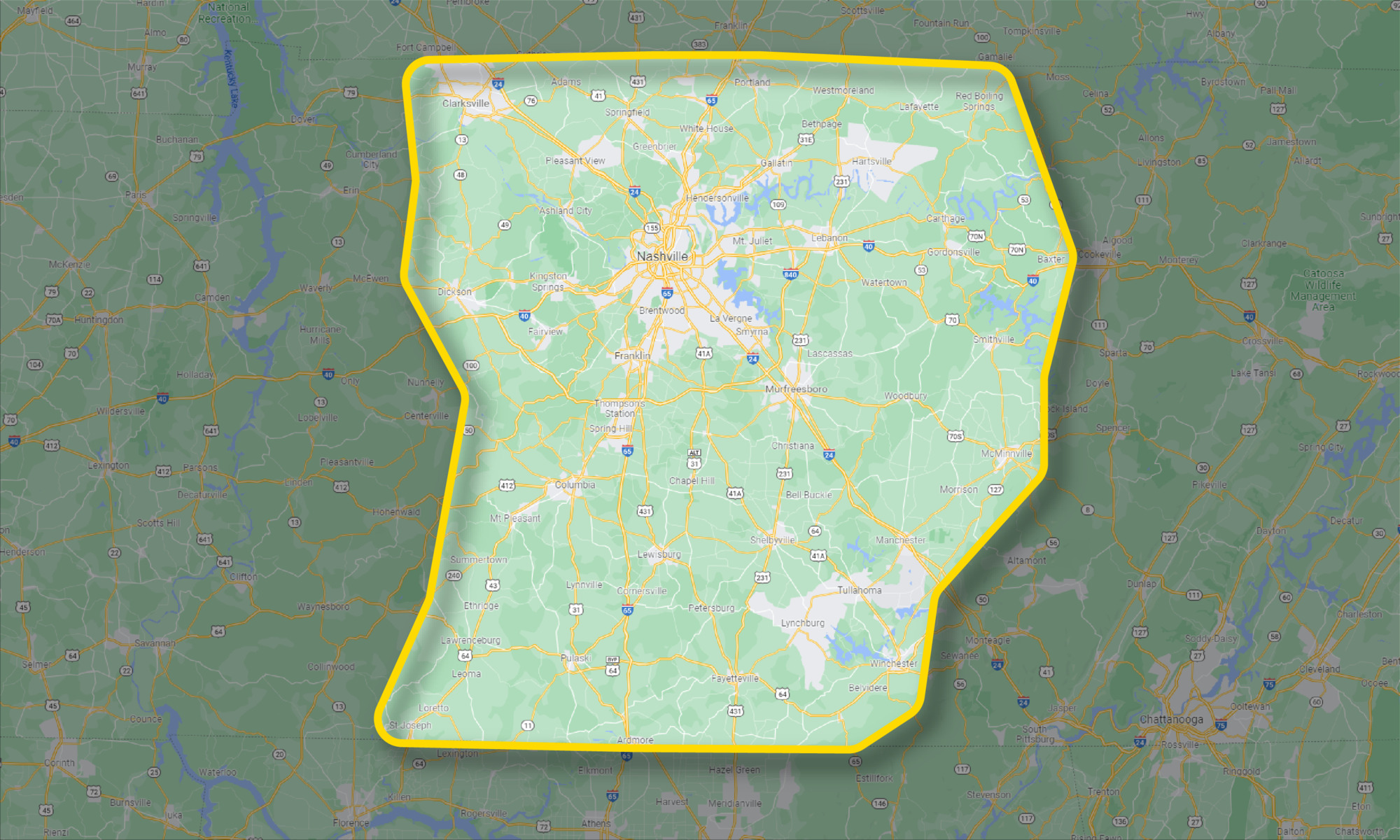 The Murfreesboro Destination is located in Tennessee and follows along the northern and southern boards of the state reaching both Kentucky and Alabama. Cities within the region include Murfreesboro, Pleasant View, Lebanon, Watertown, Franklin, Cornersville, Petersburg, and Woodbury. The most prominent cities within the destination are Winchester, Morrison, Nashville, and Lawrenceburg. The area is made up of hills, mountains, lakes, forests, and rivers. Local weather tends to fluctuate throughout the year, being the hottest in July and August on average. January typically records the lowest annual temperatures. Rain falls throughout the year, mostly in December and April, and it is also relatively humid. When factoring in the weather, the best time to visit the city is from the beginning of April to the beginning of June.[5] Things to do in the region include the Fortress Rosecrans, the Batey Farms, the Barfield-Crescent Park and Wilderness Station, the Discovery Center, Cannonsburgh Village, Long Hunter State Park, the Hazen Brigade Monument, the Middle Tennessee Museum of Natural History, the Mayday Brewery, Stones River Greenway, the Oaklands Mansion, and the Stone River National Battlefield.[4] Other activities within the district are the Escape Game Nashville, the Belle Meade Plantation, the Hop on Hop off Bus, the Nashville Adventure Science Center, the Music City Hall of Fame, Centennial Park, the Parthenon, the Nashville Brewery and Distillery Tour, Cumberland Park, and the Nashville Zoo.[6]

What Murfreesboro is known for

Murfreesboro, Tennessee, was initially named Cannonsburgh after Newton Cannon. Up until 1826, the city was the capital of Tennessee. Later, in the 1860s, the town was a supply base for union army soldiers.[1] There was also a war fought close to the city that was the bloodiest fight in the Civil War because of the number of casualties.[3] Within the town are a number of things for people to do, including visiting the Barfield-Crescent Park and Wilderness Station, Batey Farms, Cannonsburgh Village, the Discovery Center, Fortress Rosecrans, the Hazen Brigade Monument, Long Hunter State Park, the Mayday Brewery, the Middle Tennessee Museum of Natural History, the Oaklands Mansion, Stones River Greenway, and the Stone River National Battlefield. Most of these attractions are centered around the historical elements of the destination.

The Batey Farms was first built in 1807 on a Revolutionary War grant. It is still operated by the same family that originally owned it, and the farms provide produce, most notably blueberries, blackberries, strawberries, and sweet corn. The Middle Tennessee Museum of Natural History is the first museum of natural history in Middle Tennessee. The museum focuses on items from Tennessee, though it has some exhibits from other places around the world too. One of the main exhibits within the museum is a male tyrannosaurus rex that is composed of 300 bones.[4]

Within the Murfreesboro Destination is the city of Nashville, which is known for being the "Music City." One attraction, the Music City Hall of Fame, helps to showcase the town's rich culture in music. Other pursuits within Nashville that people can exploit include the Hop on Hop off Bus, the Belle Meade Plantation, Escape Game Nashville, the Nashville Adventure Science Center, the Nashville Brewery and Distillery Tour, Centennial Park, the Parthenon, the Nashville Zoo, and Cumberland Park.[6] Nashville gets around 119.37 million visitors a year who spend approximately $22.02 billion. That money goes on to support about 189,757 jobs in the city for the locals.[7]

The Murfreesboro Destination is located in a part of Tennessee. The north side of the district follows the state line between Tennessee and Kentucky, while the south side of the zone goes along the state line between Tennessee and Alabama. The rest of the destination wraps around multiple cities, including Red Boiling Springs, Baxter, Smithville, McMinnville, Morrison, Manchester, Winchester, Belvidere, Ardmore, Loretto, Leoma, Lawrenceburg, Ethridge, Summertown, Mt. Pleasant, Dickson, and Clarksville. Other cities that are within the sector are Pleasant View, Nashville, Murfreesboro, Franklin, Lebanon, Watertown, Woodbury, Petersburg, and Cornersville.

The region consists of hills, small mountains, forests, and lakes. Because of this, the weather in the area varies in temperature throughout the year. The weather in the territory reaches an average high temperature of around 81 degrees Fahrenheit in July and August, and the average low temperature is about 39 degrees in January. In the city of Murfreesboro, rain falls throughout the year, though the most rain often falls in December and April. It is also relatively humid within the city with the highest point of humidity in December. Because of all of this, the best time to visit the city has been reported to be from the beginning of April to the beginning of June.[5]

The city of Murfreesboro, which is located within the Murfreesboro Destination, became the new county seat in 1811. It was initially named Cannonsburg after Newton Cannon, who was a representative to the Assembly for the local area. When William Lytle suggested a name change for the town, the name Murfreesborough was chosen in honor of the Revolutionary War hero Colonel Hardy Murfee on November 29, 1811. The name was later shortened to Murfreesboro in 1812, when the town was formally chartered.[3]

During the Civil War, a battle was fought in Murfreesboro. The battles called the Battle of Stones River and the Battle of Murfreesboro were fought close to the city by the Union Army of the Cumberland and the Confederate Army of Tennessee. Between December 31 and January 2, 1836, the rival armies suffered a total of 23,515 casualties. It was the bloodiest battle of the war with respect to the percentage of deaths. Later in the war, Murfreesboro was chosen to be a supply depot by General Rosecrans. Fortress Rosecrans was built about two miles northwest of the city.[3]

Murfreesboro, the city the Murfreesboro Region is named after, started out as an agricultural community. Cotton, corn, and tobacco were the main crops that were grown near the city. The town became home to three colleges and several academies by 1853, and the town  was soon called the "Athens of Tennessee." After WWII, Murfreesboro switched from being an agricultural community to an industrial and manufacturing economy. Since then, the population of the city has increased.[2]

The Butterfly Hollow Bed and Breakfast Retreat functions both as an inn and a destination wedding venue. The property sits on 82 acres of country land in Gordonsville, Tennessee. Dave—who owns the property with his wife Beth Ann—has over 30 years of experience in the hospitality industry. The property is best known for its weddings and breakfasts, as well as being a restored 1899 farmhouse. In the center of the forest, this secluded property has three guest accommodations and a separate cabin bungalow with two bedrooms. A full breakfast is provided to the guests at Butterfly Hollow Bed and Breakfast every morning. Typical activities to do in the area include hiking, kayaking, and visiting local antique shops.

Tim's Ford Boats is a business at the edge of Tim's Ford Lake in Winchester, Tennessee. Though primarily serving as a marina, the property also has 15 cabins and 30 RV sites. Currently, only the cabins are available for short-term reservations. It is possible to rent out pontoon boats at a daily rate. Each cabin is fully furnished and vary in size and allowed capacity, the RV sites are all full hook up, some with increased amp and space for larger campers. A bathhouse, pavilion and laundry facility are additional amenities on the property. Tim's Ford Boats is open year round with an increase of visitors during the warm summer months.

The Cedar Grove Inn is a bed & breakfast situated in the countryside of the northern city limits of Lebanon, Tennessee. Owned and operated by Kim and Rich Papieau, the property has been in operation for a little over a year, opening in January of 2019. Described as being "homey," the property has a private environment because of its secluded location and rather extensive property. It has three guest accommodations available, each of which is unique in its theme, something that is reflected by its distinctive décor. Another unique thing about the bed & breakfast is that it has an open menu for breakfast. Nearby guests can visit daily farmer's markets and various shops or travel to Nashville, Tennessee's capital, which is only 36 miles away.

The Lynchburg Valley Inn is located in Lynchburg, Tennesse. The home was originally built in the early 1800s by Jack Daniel's niece. The property is one mile from Downtown Lynchburg and Jack Daniel's Distillery. As part of the Lynchburg Chamber of Commerce, this inn provides a historic overnight stay. There are four guest accommodations at the inn, one of which is a large suite separate from the main house with a full kitchen and living room. Breakfast is cooked by one of the owners, Joyce, for her guests every morning. The Lynchburg Valley Inn has covered motorcycle parking and welcomes guests year-round. 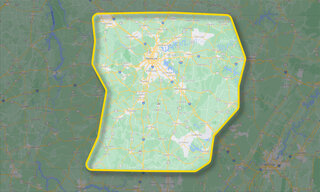